Why You Will Marry the Wrong Person


I found this interesting article by Alain de Botton in the New York Times and though it might be of interest to you. 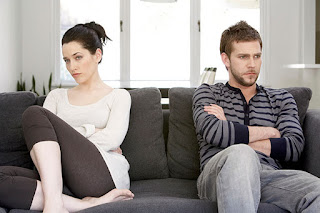 IT’S one of the things we are most afraid might happen to us. We go to great lengths to avoid it. And yet we do it all the same: We marry the wrong person.


Partly, it’s because we have a bewildering array of problems that emerge when we try to get close to others. We seem normal only to those who don’t know us very well. In a wiser, more self-aware society than our own, a standard question on any early dinner date would be: “And how are you crazy?”
Perhaps we have a latent tendency to get furious when someone disagrees with us or can relax only when we are working; perhaps we’re tricky about intimacy after sex or clam up in response to humiliation. Nobody’s perfect. The problem is that before marriage, we rarely delve into our complexities. Whenever casual relationships threaten to reveal our flaws, we blame our partners and call it a day. As for our friends, they don’t care enough to do the hard work of enlightening us. One of the privileges of being on our own is therefore the sincere impression that we are really quite easy to live with.
Our partners are no more self-aware. Naturally, we make a stab at trying to understand them. We visit their families. We look at their photos, we meet their college friends. All this contributes to a sense that we’ve done our homework. We haven’t. Marriage ends up as a hopeful, generous, infinitely kind gamble taken by two people who don’t know yet who they are or who the other might be, binding themselves to a future they cannot conceive of and have carefully avoided investigating.
For most of recorded history, people married for logical sorts of reasons: because her parcel of land adjoined yours, his family had a flourishing business, her father was the magistrate in town, there was a castle to keep up, or both sets of parents subscribed to the same interpretation of a holy text. And from such reasonable marriages, there flowed loneliness, infidelity, abuse, hardness of heart and screams heard through the nursery doors. The marriage of reason was not, in hindsight, reasonable at all; it was often expedient, narrow-minded, snobbish and exploitative. That is why what has replaced it — the marriage of feeling — has largely been spared the need to account for itself.
What matters in the marriage of feeling is that two people are drawn to each other by an overwhelming instinct and know in their hearts that it is right. Indeed, the more imprudent a marriage appears (perhaps it’s been only six months since they met; one of them has no job or both are barely out of their teens), the safer it can feel. Recklessness is taken as a counterweight to all the errors of reason, that catalyst of misery, that accountant’s demand. The prestige of instinct is the traumatized reaction against too many centuries of unreasonable reason.
But though we believe ourselves to be seeking happiness in marriage, it isn’t that simple. What we really seek is familiarity — which may well complicate any plans we might have had for happiness. We are looking to recreate, within our adult relationships, the feelings we knew so well in childhood. The love most of us will have tasted early on was often confused with other, more destructive dynamics: feelings of wanting to help an adult who was out of control, of being deprived of a parent’s warmth or scared of his anger, of not feeling secure enough to communicate our wishes. How logical, then, that we should as grown-ups find ourselves rejecting certain candidates for marriage not because they are wrong but because they are too right — too balanced, mature, understanding and reliable — given that in our hearts, such rightness feels foreign. We marry the wrong people because we don’t associate being loved with feeling happy.
We make mistakes, too, because we are so lonely. No one can be in an optimal frame of mind to choose a partner when remaining single feels unbearable. We have to be wholly at peace with the prospect of many years of solitude in order to be appropriately picky; otherwise, we risk loving no longer being single rather more than we love the partner who spared us that fate.
Finally, we marry to make a nice feeling permanent. We imagine that marriage will help us to bottle the joy we felt when the thought of proposing first came to us: Perhaps we were in Venice, on the lagoon, in a motorboat, with the evening sun throwing glitter across the sea, chatting about aspects of our souls no one ever seemed to have grasped before, with the prospect of dinner in a risotto place a little later. We married to make such sensations permanent but failed to see that there was no solid connection between these feelings and the institution of marriage.
Indeed, marriage tends decisively to move us onto another, very different and more administrative plane, which perhaps unfolds in a suburban house, with a long commute and maddening children who kill the passion from which they emerged. The only ingredient in common is the partner. And that might have been the wrong ingredient to bottle.
The good news is that it doesn’t matter if we find we have married the wrong person.
We mustn’t abandon him or her, only the founding Romantic idea upon which the Western understanding of marriage has been based the last 250 years: that a perfect being exists who can meet all our needs and satisfy our every yearning. We need to swap the Romantic view for a tragic (and at points comedic) awareness that every human will frustrate, anger, annoy, madden and disappoint us — and we will (without any malice) do the same to them. There can be no end to our sense of emptiness and incompleteness. But none of this is unusual or grounds for divorce. Choosing whom to commit ourselves to is merely a case of identifying which particular variety of suffering we would most like to sacrifice ourselves for.
This philosophy of pessimism offers a solution to a lot of distress and agitation around marriage. It might sound odd, but pessimism relieves the excessive imaginative pressure that our romantic culture places upon marriage. The failure of one particular partner to save us from our grief and melancholy is not an argument against that person and no sign that a union deserves to fail or be upgraded.
The person who is best suited to us is not the person who shares our every taste (he or she doesn’t exist), but the person who can negotiate differences in taste intelligently — the person who is good at disagreement. Rather than some notional idea of perfect complementarity, it is the capacity to tolerate differences with generosity that is the true marker of the “not overly wrong” person. Compatibility is an achievement of love; it must not be its precondition.
Romanticism has been unhelpful to us; it is a harsh philosophy. It has made a lot of what we go through in marriage seem exceptional and appalling. We end up lonely and convinced that our union, with its imperfections, is not “normal.” We should learn to accommodate ourselves to “wrongness,” striving always to adopt a more forgiving, humorous and kindly perspective on its multiple examples in ourselves and in our partners.