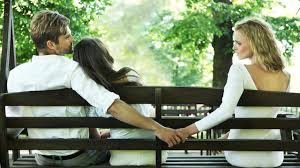 Affairs always cause pain, but what I’m looking for is where exactly did the knife twist?

No story of betrayal is simple; it focuses on the story of Saskia and Amin.  They are a couple, married for 11 years with 3 young children. I met them one year after Saskia discovered Amin’s year-long affair with a co-worker.

When I sit with a couple, there are always two types of stories present in the room; the spoken and the unspoken. The first manifests in dialogue and what we can hear, see and feel. The second is what is unspoken — private personal dialogues, hidden assumptions and covert motivations.

For every deceived partner, there is a particular pain point that is unique to them.  In the session, Saskia seemed numb and frozen – tears streamed down her face without her even knowing it.  My challenge was to understand what was beyond the fortress of her silent pain.  At first glance, one would say, “of course she’s been hurt, he cheated”.  In one sense that’s true - an affair is a fundamental violation of trust.  But the story doesn’t end there.

Saskia had a traumatic history in a politically turbulent country. Where she came from, women were attacked, raped, abused, and labeled “meat” by men because they could be used and discarded so easily.

She chose her husband Amin because he didn’t fit the profile of what she knew men to be. He was a good guy, with good values. She believed that she of all women had found a man who wouldn’t hurt her and could redeem her of her dim view of men. Amin, unknowingly, had been scripted into the role of the “golden apple”.  But then Amin had an affair.

You will hear people say, “it’s not that you cheated, it’s that you lied”. For her, this complaint was expressed in sharp relief. By putting another woman ahead of her, Amin made her feel invisible. For Saskia, who viewed Amin as the one potential mate who would not violate this unwritten code, this was devastating.

Likewise, Amin’s reasons for cheating were no less complicated than his wife’s feelings about betrayal. He talks openly of feeling lonely and abandoned by his wife. He says that a lack of communication and the years-long misunderstandings between them has pushed them apart, so he sought comfort elsewhere.

But he too has a piece of the iceberg that is not visible to me. Alongside his feelings of discontent, Amin had learned in his childhood to keep a part of himself secret. Amin, because of his upbringing, had mastered the art of the double life; compliant at home, and rebellious on the outside. This layer was helpful for me to place his actions in context — another piece of the story.

Having conversations they’ve never had before 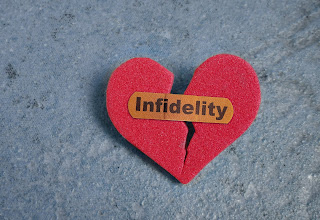 Amin’s affair took place at the end of a long period of distancing for the couple, which accelerated after the births of their children. By the time Amin turned to another, the couple’s sex life was, in both of their recollections, “terrible”. More importantly, their communication had deteriorated. Their story was one of loneliness and their communication had become a race to the bottom.

Saskia and Amin had both been sexually unfulfilled for years. But post-affair, they were refreshingly honest about their sex life for the first time.
For many couples a betrayal is the first time they talk about core issues in a relationship, during what I call the meaning-making phase. After the crisis phase has died down, they begin to try to figure out what went wrong.

Once trust is broken, can it be healed?

For many couples, infidelity isn’t the ultimate deal breaker. And whether or not infidelity ends the relationship, it acts as powerful alarm system that often jolts a couple out of complacency and makes them realize what they stand to lose, or what they have already lost.
For Saskia and Amin, this session did not have a happy ending with the bow on top to match. However, they did begin to talk about topics and feelings that had laid dormant up to and in the wake of the affair. The road is not always a straight line.

This article was written by Esther Perel, author of The State of Affairs and Mating in Captivity.

Posted by Holistic Counsel at 3:23 PM No comments: