PROBLEMS AT WORK... CLASHING WITH YOUR BOSS? 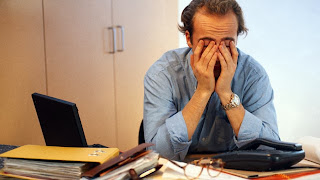 Feel like quitting?  Possibly, but with the economy the way it is, you tell yourself to just put up with it.  After all, we've all heard how tough it is to get another job.   So one mind-numbing agitated day at work rolls into the next.  Is there a way out of this?

Let me tell you a story about “John[1]” (not his real name).  After being unemployed for 2 years, he was forced to take a job at a middle management level with a 30% wage cut.   What choice did he have?  Bills had to be paid.   Then to add insult to injury, he was criticized on his performance.  He was too introverted, not sociable, not aggressive enough, not responding to emails fast enough etc.  He couldn't believe it.  What was a guy to do?

Needing the job, he kept his frustrations to himself.    He withdrew into his apartment and became best friends with alcohol.   Happiness eluded my friend.   He knew this vicious cycle had to be broken.    He took positive action and contacted me.

First, we worked on the emotional and physical aspects of his well being.  He needed to have the right nutrition and exercise to deal with all the stressors at work.    Then he needed to learn the proper tools to approach the boss in a more assertive and communicative way.

To succeed at this, we looked at his family background.   How did he become the person he was today?  To understand today you need to understand the past.  We needed to identify the negative cycle that he had gotten stuck in.   He knew he could trust me.

With regular counselling and therapy he knew he was in a safe environment.  He opened up and just let his pent-up pain freely off-load.   It made such a huge impact on overcoming his low self-esteem.    He felt invigorated!  He recovered his self-esteem and was now more confident in dealing with his bosses and people in general.

[1] A compilation of various people over several years
Posted by Holistic Counsel at 2:39 PM No comments: