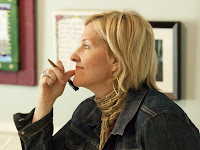 Anybody who's been in — or out of — a relationship can tell you that they're full of miscommunications, misreadings, and other misunderstandings.

You say one thing, they hear something else. Better yet, you project motivations onto them, drawing out conclusions about their behavior that they can't even understand.

Thankfully, "Daring Greatly" author Brené Brown — whose Ted Talk on vulnerability has over 21 million views— has been through it.

As she talks about in her new book about resilience, "Rising Strong, "a simple life hack can help anybody in relationship be better understood.

"If I could give men and women in relationship and leaders and parents one hack, I would give them, 'the story I'm making up,'" Brown told Tech Insider. "Basically, you're telling the other person your reading of the situation — and simultaneously admitting that you know it can't be 100% accurate."

It's a life-saver for a few reasons, she says: It's honest, it's transparent, and it's vulnerable.

According to Brown and the scores of interviews she did for "Daring Greatly" and "Rising Strong," vulnerability essentially provides the bandwidth for two people to relate and trust one another.

When you say "the story I'm making up," Brown says that it conveys "I want you to see me and understand me and hear me, and knowing what you really mean is more important to me than being right or self-protecting."

With those five words, you check the narrative in your head.

In "Rising Strong," Brown supplies a very vivid example of "the story I'm making up right now" in action.

One summer, she and her husband Steve took a long-awaited vacation with the kids in a lake in the Hill Country of Texas. The two of them go for a swim in the lake, and feeling taken with the deep joy of the moment, Brown says something very sweet — and very vulnerable — to her spouse.

"I'm so glad we decided to do this together," she says. "It's beautiful out here."

Her husband, she shares, is way better than her at putting himself out there, so she expected him to reply to her romantic bid with an equal force of affection.

She felt embarrassed, ashamed. And going against her conflict-oriented upbringing, she decided to make another bid for connection.

"Yep, good swim," he replied before swimming away.

Brown was nonplussed. This is "total horseshit," she remembers thinking. What's going on? I don't know if I'm supposed to feel humiliated or hostile.

Before they got out, she asked him to stop — saying that she kept trying to connect with him and he kept blowing her off.

Then, instead of being aggressive and self-protective, she opted for being kind. And she relied on a certain life hack she learned in her research.

"I feel like you're blowing me off," she said, "and the story I'm making up is either you looked at me while I was swimming and thought, Man, she's getting old. She can't even swim freestyle anymore. Or you saw me and thought, She sure as hell doesn't rock a Speedo like she did twenty-five years ago."

After a little time, Steve replied. He wasn't being distant to spite her; he said that he had been trying to fight off a panic attack the whole swim.

He explained that the night before, he had a dream where he was with their kids on a raft when a speedboat came screaming toward them, and he had to pull all the children into the water so they wouldn't get killed by the raging vessel. He didn't even know what his wife was saying to him while they swam; he was just trying to concentrate on his swimming and make it back to the dock.

Suddenly, it made sense to her: People on the lake do tend to get drunk on boats, and everybody who grows up around water hears about tragic boating accidents. And he felt like she would think less of him for not being able to prevent one.

But with making the leap of vulnerability symbolized in the story I'm making up, they were able to let go of the narrative they were telling themselves about the situation and actually see one another's perspective. 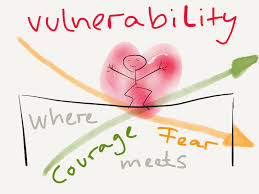 Dr. Brené Brown (born November 18, 1965) is a research Professor at the University of Houston where she holds the Huffington Foundation – Brené Brown Endowed Chair at The Graduate College of Social Work. She has spent the past sixteen years studying courage, vulnerability, shame, and empathy and is the author of four #1 New York Times bestsellers – The Gifts of Imperfection, Daring Greatly, Rising Strong, and Braving the Wilderness: The Quest for True Belonging and The Courage to Stand Alone. Brown's TED talk – The Power of Vulnerability – is one of the top five most viewed TED talks in the world with over 30 million views. Brené lives in Houston, Texas with her husband, Steve, and their children, Ellen and Charlie.
Posted by Holistic Counsel at 3:05 PM No comments: