The Affair in Retrospect 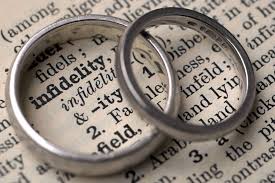 The desire to find happy endings for sad human stories is probably lodged in most couples therapists' DNA. When the "sad story" is about infidelity that threatens a marriage, therapists generally aim for their favored resolution: saving the marriage. As a field, we've tended to think about this story in terms of a straightforward, three-part narrative:

Part 1: A couple is shattered by the discovery of an affair and comes to see us.

Part 2: We help them get through the immediate crisis, tend to the underlying wounds in the marriage, and then take a deeper look at childhood scars. We provide compassion and advice as needed, and encourage new trust, forgiveness, and intimacy in the relationship.

Part 3: As our preferred denouement, the couple leaves therapy weeks or months later, their marriage repaired, stronger, even transformed---or at least improved. We consider treatment a success; the couple has weathered the storm.

Of course, some couples refuse this neat storyline and, instead, use therapy as a gateway out of the marriage altogether. But, hopefully, they still live happily ever after.

I identified three basic patterns in the way couples reorganize themselves after an infidelity---they never really get past the affair, they pull themselves up by the bootstraps and let it go, or they leave it far behind.

In some marriages, the affair isn't a transitional crisis, but a black hole trapping both parties in an endless round of bitterness, revenge, and self-pity. These couples endlessly gnaw at the same bone, circle and recycle the same grievances, reiterate the same mutual recriminations, and blame each other for their agony. Why they stay in the marriage is often as puzzling as why they can't get beyond their mutual antagonism.

A second pattern is found in couples who remain together because they honor values of lifelong commitment and continuity, family loyalty, and stability. They want to stay connected to their community of mutual friends and associates or have a strong religious affiliation. These couples can move past the infidelity, but they don't necessarily transcend it. Their marriages revert to a more or less peaceful version of the way things were before the crisis, without undergoing any significant change in their relationship.

For some couples, however, the affair becomes a transformational experience and catalyst for renewal and change. This outcome illustrates that therapy has the potential to help couples reinvent their marriage by mining the resilience and resourcefulness each partner brings to the table.

All marriages are alike to the degree that confronting an affair forces the couple to re-evaluate their relationship, but dissimilar in how the couple lives with the legacy of that affair.

This article was written by Esther Perel.